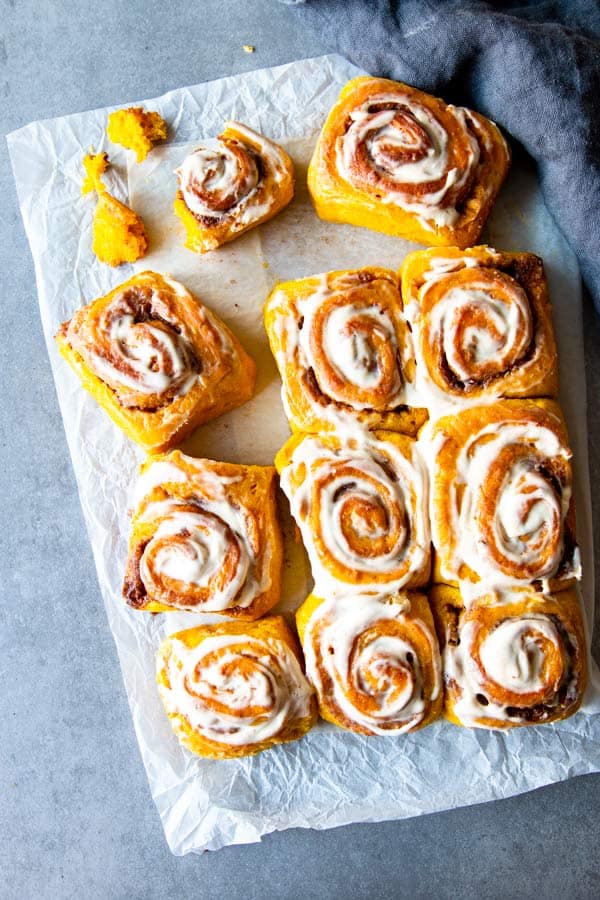 I have to confess, the first time I made these No Knead Pumpkin Cinnamon Rolls we finished off the batch within 10 minutes.

And then I ran to the kitchen to make them again, immediately, ASAP, because I wanted MORE.

Apparently we’re all about the pumpkin, because the same happens when I make Pumpkin Waffles. Or Chocolate Chip Pumpkin Cookies. Healthy Pumpkin Muffins. Pumpkin Coffee Cake! Or Pumpkin Pancakes, for that matter.

I made the rolls again a day later, for my 2 year old’s early fall birthday party. Hey, it was farm-themed. Pumpkin Cinnamon Rolls seemed appropriate.

And then I decided you needed the recipe, too. So, I made them again (no complaints) to share these with you today. 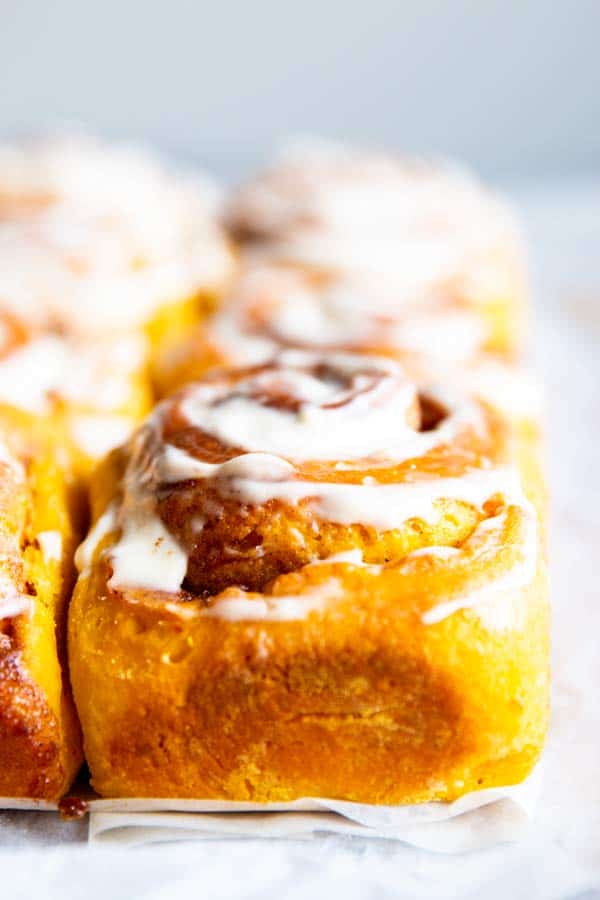 But I had some pumpkin hanging out in the fridge, and I also wanted to see if my No Knead Bread (which I transform into both no knead pizza and no knead French bread) works as a sweet dough.

And thus, my no knead pumpkin cinnamon rolls were born.

How to make no knead pumpkin cinnamon rolls:

The recipe is incredibly simple:

First, you stir together a few ingredients until you get a lumpy dough. Then you cover it and let it rest until it’s big and puffy. 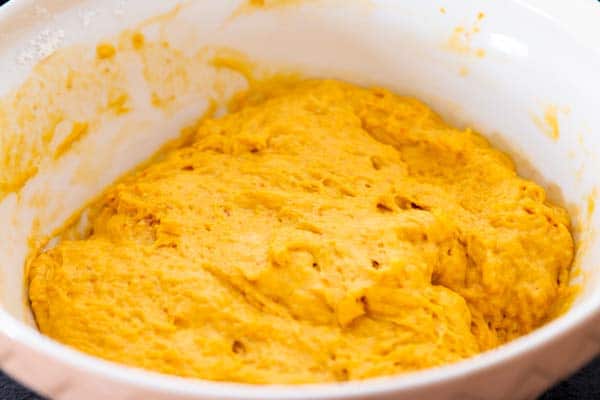 You line a baking sheet, flour it generously and then drop the dough on it. You’ll need quite a bit of flour so it’s not super sticky, but that’s fine. Just press it into a rectangle the size of the baking sheet. 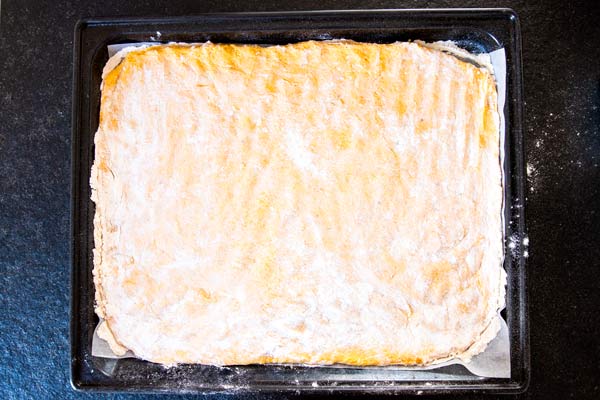 No, you don’t even need to wrangle your dough with a rolling pin here. Or find the tape measure at the bottom of your junk drawer with floury hands.

Next, on goes melted butter and a mix of cinnamon, sugar and pumpkin spice. 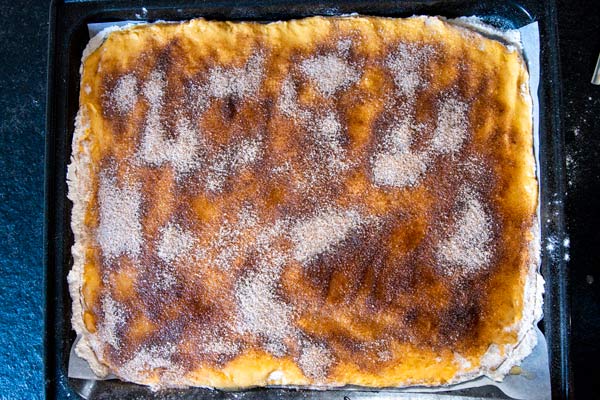 Then roll it up into a tight log – I use the baking parchment for help, like you would a sushi mat:

Then pinch the seam shut, place the log seam-side down and slice. Use a thread or unscented dental floss, like shown here, for clean slices:

You should get 12 rolls from this log – they will be big and fluffy and bakery-style. None of that tiny roll business happening here 😉 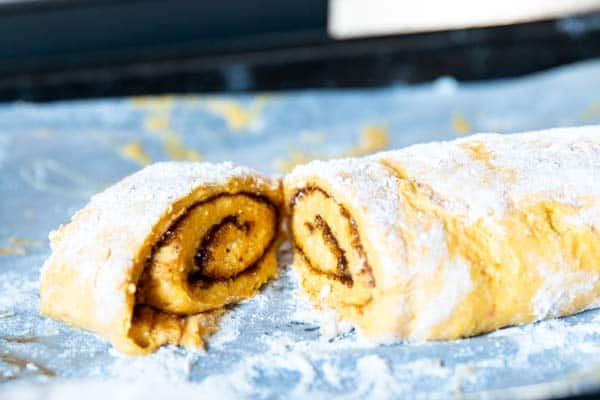 Place them into a baking dish, cover and wait… 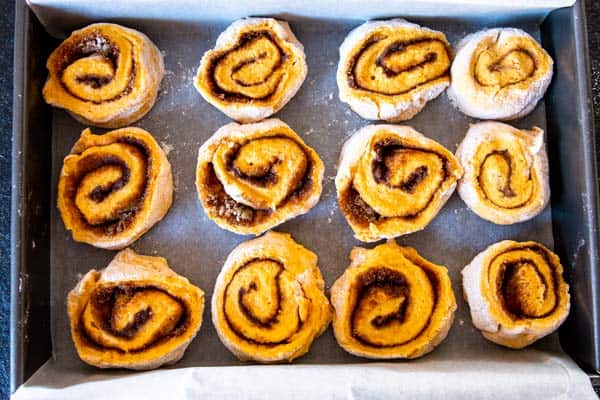 … until they’re all big and puffy. 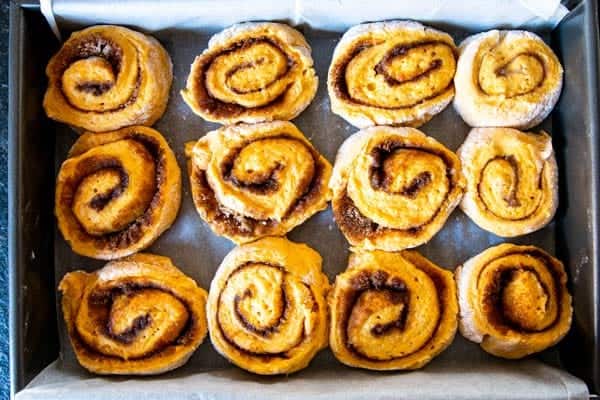 Then all that’s left to do is basting with melted butter, baking and frosting. 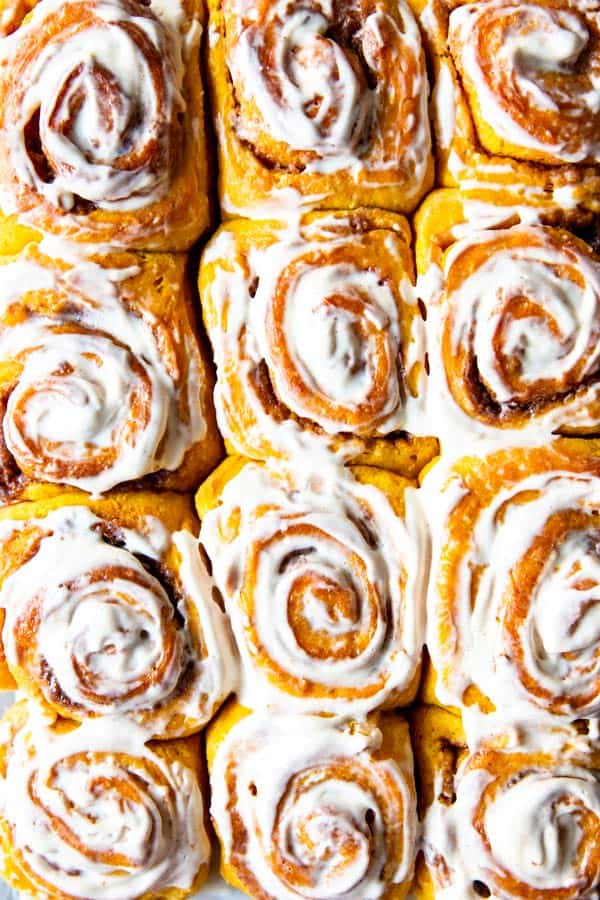 Oh, and devouring straight from the oven, of course. 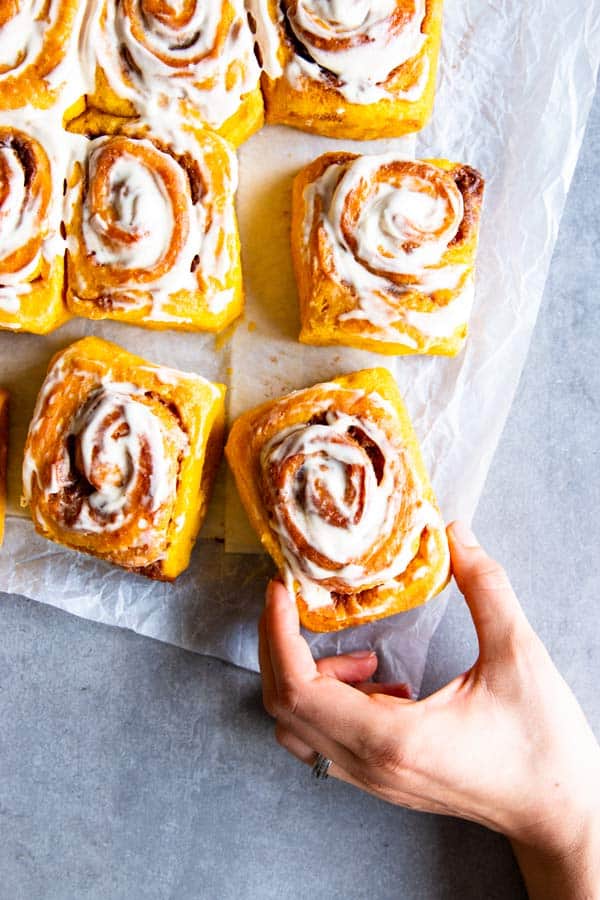 A few tips for the best pumpkin cinnamon rolls: 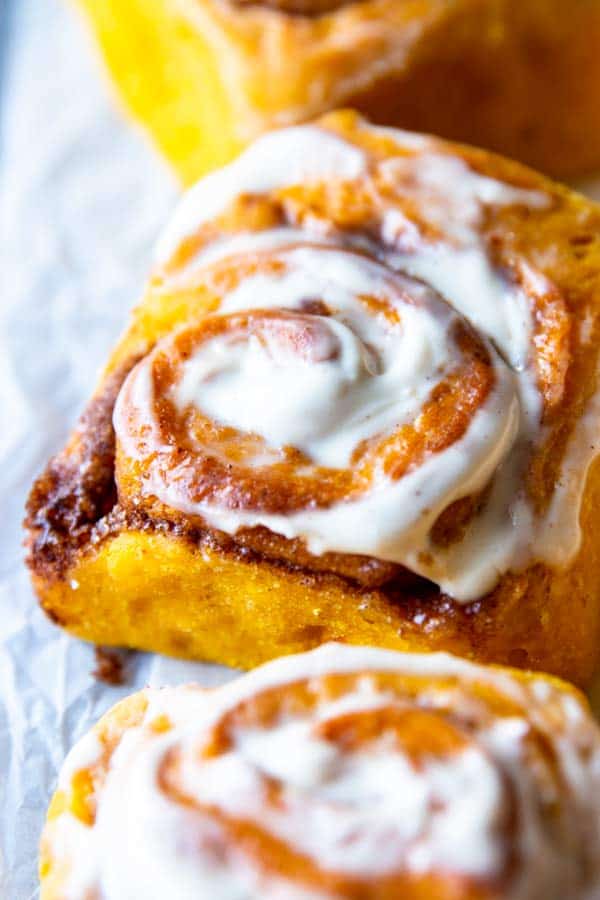 Anyways, do make sure you have enough flour, yeast and pumpkin in the house when you embark on making these. 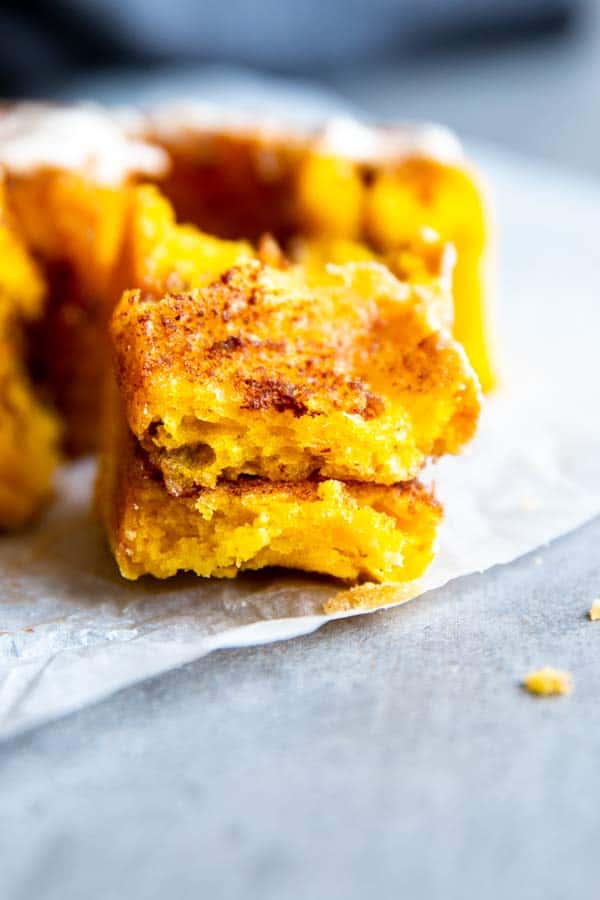 Get the printable recipe here: 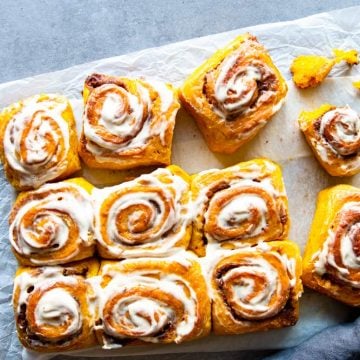 No Knead Pumpkin Cinnamon Rolls are an easy baking project your weekend needs!
Recipe by Nora from Savory Nothings
made it? tap the stars to add your rating!
4.80 from 20 votes
Print Add Review 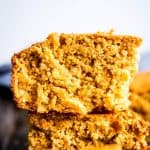 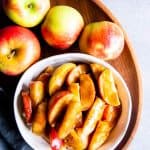