These Cinnamon Sugar French Toast Waffles are the perfect easy recipe for a special breakfast: Slices of bread are dipped into an egg custard, then cooked in your waffle iron. Dip them in cinnamon sugar while they’re hot for the ultimate treat!

This post contains affiliate links and we earn a commission for purchases made after clicking through.

A Note from Nora

I love french toast, and I love waffles. As evidenced by the large collection of both French Toast recipes and Waffle recipes on this blog!

These French Toast Waffles are a combination of those two loves: French toast that’s cooked in a waffle iron – so easy, so quick, and absolutely delicious. For an extra-special brunch, I dip them into cinnamon sugar right as they come out of the waffle iron – absolute bliss!

How to Make French Toast Waffles:

Read on for the detailed step-by-step ingredients and instructions, or scroll down for tips and the printable recipe card.

You only need a few staple ingredients to make one of the best weekend or holiday breakfast recipes, ever.

For the cinnamon sugar, you need:

For the french toast waffles, you need:

For the maple frosting dip, you need:

Feel free to use a soft whole wheat bread for this recipe if you prefer.

As with all french toast recipes, stale bread works best here. If you don’t have any day-old bread, you can bake the slices at 300°F for 10 minutes, then cool them before making the french toast. It’s not necessary to bother with this though, fresh bread is just a little more delicate to handle.

Allergy-friendly: It’s fine to use your favorite plant-based beverage to make these dairy-free, I cannot recommend any substitutes for the eggs though. They work fine with gluten free bread and breadcrumbs. Make sure to check all your ingredients if allergies are present.

The dip is entirely optional. But it’s also not, because it’s absolutely delicious. It’s also fine to skip the cinnamon sugar coating to make these more weekday friendly.

The perfect french toast waffles are easy to make, but they require a few steps and a few different shallow dishes:

The rest is an absolute breeze!

Once you have combined all ingredients for the egg custard, you’ll want to soak your bread in it. I recommend cutting your bread into roughly 1 – 1.5 inches wide pieces for easier handling before starting.

Make sure to leave each slice in the custard for a minute (thick, stale bread closer to 2 minutes; thinner fresh bread closer to 30 seconds) – don’t just quickly dip them.

Soaking the bread for a little while will give you the fluffiest french toast waffles.

Before you cook the French toast in your waffle maker, you’ll dip them in bread crumbs.

This may seem unnecessary and excessive, but trust me when I say it’s good to be a maximalist sometimes.

Coating the bread pieces in breadcrumbs does three things:

Once you’re ready to waffle, make sure to grease your waffle iron well.

The waffles should be crispy and golden in color when they’re done.

A Belgian waffle iron works best for these! You can make them in a regular one, too, but a Belgian one makes the most delicious French toast waffles. The hinge on my iron recently broke, and I’ve been eyeing this pretty iron:

Once the waffled french toast is done, dip it into the cinnamon sugar straight away. The sugar sticks best when the waffles are hot!

These definitely taste best eaten straight away. But if you need to store them for a few minutes until you’re done making a few batches, place them on a wire rack so they don’t get soggy.

And in case you need to clean your waffle iron now… Read this: How to Clean a Waffle Iron.

What to serve with French Toast Waffles:

These are a treat for breakfast all by themselves! I like serving them with fresh berries (and that delicious maple frosting dip).

But if you’re looking for a more filling side, try one of these recipes: 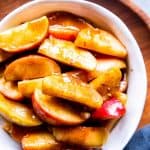 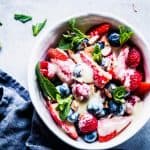 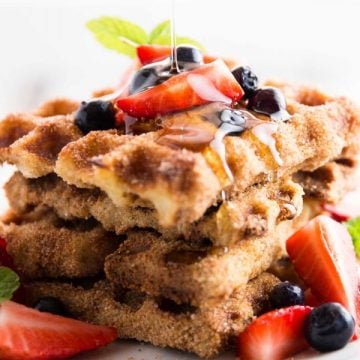 These Cinnamon Sugar French Toast Waffles are an easy breakfast and brunch recipe: Dip slices of bread into custard, then cook them in your waffle iron!
Recipe by Nora from Savory Nothings
made it? tap the stars to add your rating!
5 from 6 votes
Print Add Review

For the cinnamon sugar:

For the French toast:

The amount of breadcrumbs really depends on how thick of a layer they form on your toast sticks, so you may need a bit more or even a bit less than the recipe specifies. Adjust accordingly as you go.

Try These Cinnamon Sugar Recipes Next: 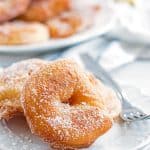 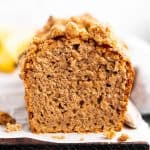 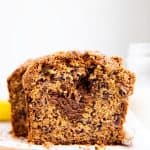 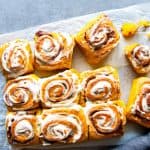 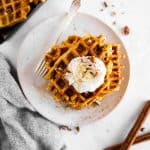 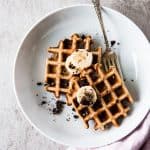 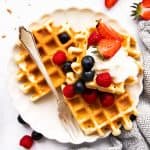 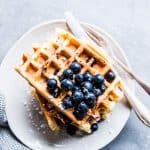 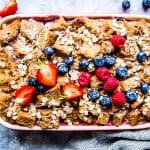 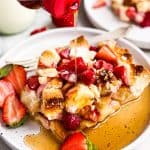 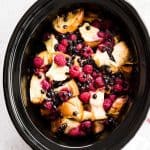 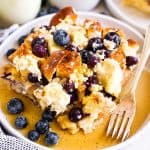 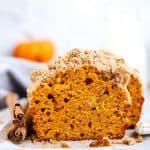 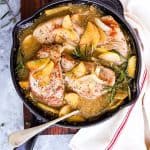